Drawing inspiration from childhood books, movies and video games, I would challenge myself to create rich new worlds, complete with their own societies, governments, etc. For the longest time, mainly in my early childhood, I would draw out these places by hand, and spend hours sketching mountain terrain, forests, rivers and inhabited cities.

But drawing it wasn’t enough. I wanted to tell a story of what happened in these worlds, how they came to be, and what trials a hero would have to conquer in order to bring prosperity to it – this is where writing came into play. I knew fantasy (especially targeted at younger audiences) was a genre to which I was drawn, so I wanted to explore it as much as I could. I wanted to find an avenue to promote my creativity.

I like to view things as art forms, not always formulaic or with “right” and “wrong” answers. Writing fantasy allows me to set my own rules and bend them at will. If I want a world to be based entirely within a dream state (much like the book I’ve published), that’s up to me. It’s a lot of work to create a world with its own society, cultural norms, and even a government, but the sense of accomplishment knowing others will see your work is one of the best feelings there is.

It’s a genre to which I’ve been attracted ever since I could remember. In my spare moments growing up, I would spend hours daydreaming of make-believe places, even drawing full color maps of different landmarks, locations, dungeons, etc., that a protagonist in a story would travel to.

When I’d play video games such as The Legend of Zelda: Ocarina of Time and Majora’s Mask (the latter of which I believe to be the most compelling story I’ve ever seen in a video game), which I’ve owned for nearly 18 and 17 years, respectively, I’d be enthralled with the thought, attention to detail and creativity that went into the development of storylines, and how different locations and fictional creatures interacted with each other.

As a genre, fantasy can have various categories (young adult, general audience, and more mature themes), and children’s literature is still my most favorite to this day. It allows for important morals to be incorporated and taught to its audience, life skills that can be used in the real world. Throughout my childhood, I would think to myself, “wow, I hope I can create a rich world and story just by using my imagination.” That’s what really got me into writing young adult fantasy.

My latest book, Passage to Portrainia, explores a unique concept not often explored in fantasy literature – lucid dreaming as its own adventure. You must rely on your imagination to travel through a strange world, encountering things seen only in nightmares (or so you believe). This place is accessed by unconventional means, but still through the real world.

While the concept of dreams has always fascinated me, Passage to Portrainia has gone through about five or six drafts before it reached its current, published form. I remember the first time I began to write it (around 2008), it was a fan-fiction based on a well-known (within the gaming community) video game that had been cancelled, and eventually transformed into a different story. I decided to turn that around.

I had written a full story from start to finish set in the world of Portrainia, although, at the time, it was not a literal dream world; rather, I had taken the “high fantasy” route and created a world set in an entirely different place other than Earth. The format for the story was blog post-like and episodic: I would post a new “chapter” every few days until the story ended. For the most part, I got positive feedback from it.

About a month later, I planned a sequel to this “draft,” (or how I consider it now), which would be more interactive in nature. People who signed up to this gaming forum could “role play” their own characters, but the project never took off. At that point, proud that I had published an entire story (even in a non-formal way), I was becoming more interested in dreaming, lucid dreaming especially. I would borrow dream dictionaries and books from my local library and analyze certain elements I’d experience in dreams. It’s amazing to think about how accurate “meanings” are. Not necessarily paranormally, but, for example, if you’re experiencing undue stress in your life, and you dream of murky water and sky, that “illustrates” your feelings in real life.

This was the real inspiration for Passage to Portrainia. I always loved the name of this world and wanted to incorporate it into one of my writing projects. About four years ago, I decided to marry my interest in dreaming with this fantasy world, and create a place meant only for those who had the willpower to lucid dream. A literal dreamworld is not a concept explored widely in fantasy and science fiction, so I wanted to present how something like it could potentially play out.

While editing Passage to Portrainia, I would hear voices of certain actors while reading my characters’ dialogue. Joanna Noyes is one I’d cast in a movie adaptation of my novel. She’d play someone who acts as a mentor to the main protagonists. Helena Bonham Carter would be cast as the villain; every personality she portrays is a far cry from the last.

I have a couple of writing projects in progress. At one point, Passage to Portrainia’s plot was going to be merged (although I didn’t know it yet; I hadn’t separated the stories) with another idea I have, and that would have served as its own story. For now, I’m working on a plot that incorporates this idea as the main theme.

Who are some of your favorite authors that you feel were influential in your work?

J.K. Rowling, Ransom Riggs, Charles Dickens and Roald Dahl have influenced my creativity, because their works have challenged me to build multi-dimensional worlds you can lift off the page. A lot of mental labor goes into creating a fantasy plot, because you must establish a living, breathing society of its own, just like we do in the real world.

How can readers discover more about you and your work?

Passage to Portrainia best represents my work. I lean towards “high fantasy” worlds connected to the real world in some way, but not accessed by normal means. When it comes to the places themselves, I try to introduce fantasy elements seldom or never seen. I build them up to the best of my ability, including places to travel to and quests to complete. 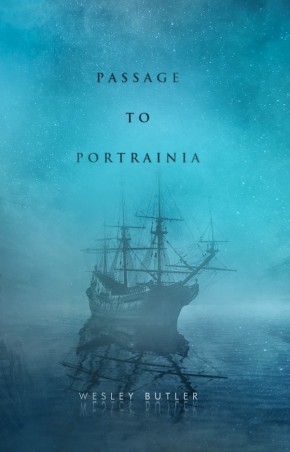 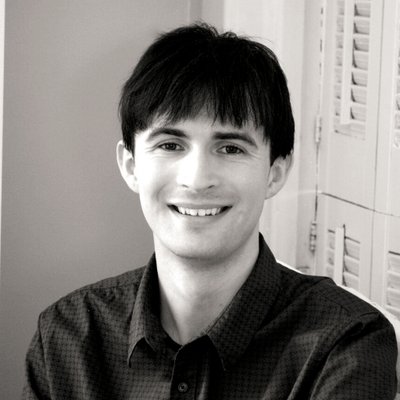 Want to learn more about Wesley?