Literature produced by Asian Americans has seen a dramatic increase in popularity and numbers. Where Asian-American representation in previous literary years was peopled by a handful of writers, such as Amy Tan, Maxine Hong Kingston and Jhumpa Lahiri, this year offered a wide array of Asian-American writers speaking to a multitude of experiences with race, class, gender and identity.

Literary fiction is in crisis. A new chapter of funding authors must begin (The Guardian) 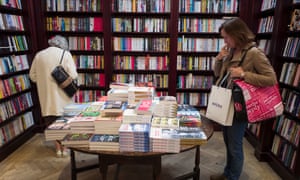 But it’s undoubtedly true that in the age of the smartphone and streaming services, books face unprecedented competition for our attention; and that when we do choose a book over a film or social media feed, we are choosing less adventurously. Last year’s chart-topper was JK Rowling’s (and Jack Thorne’s) play script for Harry Potter and the Cursed Child. Rowling also appeared in 12th, 28th , 64th and 95th place, the latter as her alter ego, crime writer Robert Galbraith – a success due to the combination of branding and familiarity that can keep a bandwagon rolling for years if not decades. Philip Pullman’s His Dark Materials follow-up, La Belle Sauvage, has sold nearly a quarter of a million copies since October.

‘Cat Person’ — how does literature survive in a viral age? (Cherwell)

It is a piece of fiction that resonates with online dating experiences, where people are constantly contactable, and the resulting ease at which the actual people involved can be overlooked. Roupenian states in an interview: “our initial impression of a person is pretty much entirely a mirage of guesswork and projection”. Being online only magnifies these projections, where personal profiles signify superficial images of individuals. Social media has helped to craft this story from within and without. People and content are so easily consumable on the internet, and thus, especially given our current cultural moment, “Cat Person” is suddenly everywhere, and everyone has an opinion on it.

Printed on grainy pulp and packaged in provocative, arty covers, these paperbacks were the heroes of Indian travellers in the 1970s-80s. Full of mind-bending twists, and sprinkled with provocative dialogues and titillating scenes — much like Bollywood potboilers — they too had their own genuflecting devotees. These novels came to be known by the paper they were printed on (pulp: lugdi), and the highbrowed elite litterateurs gave the genre the title ‘pulp literature’.

Is literary fiction in trouble? Readers and authors respond (The Guardian) 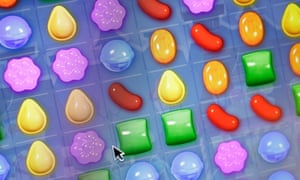 Arts Council England has sounded the alarm for literary fiction with a report revealing a collapse in sales, advances and book pricing that has left authors unable to support themselves through writing alone. UK sales of general fiction slumped from £216m in 2010 to £143m last year, with the market increasingly skewed towards commercial bestsellers, which was news enough set the Arts Council’s Twitter handle – @ace_national ‏ – trending on Twitter, as readers and writers stared down the barrel of cultural Armageddon.