Meet Mia Mae Lynne, author of The Man Who Needs You

I started writing the Chronicles of Fate series in 2008. It is a multicultural romance series based in and around metro Atlanta, Georgia. Life events happened and the books were put away until 2015 when the first release was published. The series was renamed to Southern Men Don’t Fall In Love and the first book was titled Atlanta’s Most Eligible Bachelor.  I have five releases in English and two releases in Spanish, El Soltero Mas Codiciado de Atlanta. (European Spanish and Spanish of the Americas)

My son Carlos translated the first book into Spanish and called two of his friends to edit the books. All three books released November 4, 2015, which is Carlos’s birthday. I don’t speak Spanish, but both of my children do. I believe it is important to have a second language and stressed at an early age that they learn Spanish. I would love to promote my translated books in the Spanish romance genre.

I am self-published by Book & Spirit, LLC. I release twice a year. The second release date is April 26th which is my youngest son Marcus’ birthday. I may add additional dates in the future.

I’m a part-time author who has a full career in the defense and commercial aerospace industry with over 20 years of experience in contracts and accounting. I’m a Certified Public Accountant with a Master’s degree in Contract Administration. I also hold a part-time position with an online psychic network.

I love being an indie author as opposed to conventional publishing. I’m able to schedule my work without waiting for the approval of a major publishing house. I also involve my family and friends in my work.

I have an editor, Lex Hupertz, who has been with me since my second book. She helped me finish and publish my first book. I’ve learned a lot from her. Not only is she a great friend but very strict in guiding me to become a better author.

At this point, I’m not aspiring to become traditionally published because I love the autonomy I have in scheduling my book releases and not having the pressure of deadlines. I would love to see the books become movies.

I’ve made lots of marketing mistakes. I am now evaluating how to market in the future with a lower budget. There are several sites that have inexpensive or free submissions. I’m also doing Amazon KDP select with free book giveaways. I’ve scheduled marketing around the free book days and have noticed an increase in readership on Kindle Unlimited after the promotions.

Since I have 5 releases, I lowered the price of my books to $2.99 in order to compete with the current market and to appeal to cost-conscious readers. My older titles have Kindle Free download dates. I publish the dates on my website so visit it often and mark your calendar.

My advice is to write it and self-publish. The traditional route has advantages but if you don’t want to be a grey-haired little old man or lady waiting for an approval from some unknown publishing house or hire a literary agent that will call someday when there is a snow blizzard at the equator then take control of your writing and publish it. In today’s times, there is no excuse not to self-publish. Amazon will give you an ISBN number if you can’t afford one on your own.

Find a really good editor, preferably one that edits in your genre and is up to date with the changes in the publishing world. There are several places that make covers and if you use Createspace, you can create your own cover through their cover creator.

My latest book is The Man Who Needs You. This book follows the short story “Fulfilling Katie’s Needs.” Katie Pennington Leigh finally finds the man who needs her at the wedding of her ex-lover. Readers that have workaholic traits will identify with Katie. She’s a woman who focused solely on her career and believed that having a family of her own would never happen.  Each book can be read separately but to have the total view of her character and her emotions, reading both books together will give the greatest insight. Her backstory is on Amazon for $0.99 and the current release is $2.99.

Along with writing, I have a major interest in the metaphysical arts so I take classes that interest me such as tarot, astrology, mediumship and any other related studies. I’m an Advance Reiki Trainer as well as a psychic medium.  I’m also a left-handed March 4th Pisces. 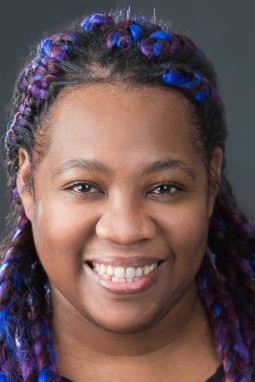 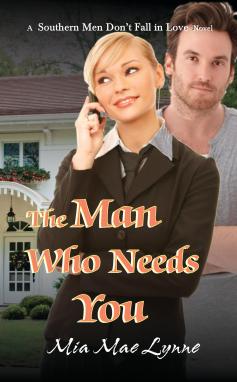 How can you discover more about Lynne’s work?