I’ve always written, mainly articles, but it wasn’t until 2015 that I decided to write my first novel, The Artist’s Muse. I’ve always admired anyone who has finished a novel, as I have started and abandoned so many over the years and recognize the commitment it takes to see a novel through to completion. I always told myself that I would write a novel one day but the more I talked about it the less likely it seemed that I would ever do it. Life was good and very distracting. I went out a lot, my work as a teacher was fun.

Then it happened – the event that got me to put pen to paper where everything else had failed. I was attacked in the classroom by a violent male pupil who had issues with women in authority. After that, teaching wasn’t the same.

I turned to writing. I wrote compulsively, penning articles to motivate others, writing pieces on art, travel, food. I had a desire to give meaning to my world and writing was the most powerful way to do it.

When did you first consider yourself a writer?

This is a tricky one as there’s something almost mysterious, possibly pretentious, to call oneself a ‘writer’ which belies the hard graft that goes into the writing itself. When I first started to write The Artist’s Muse I would meet up once a week with a friend who also wrote. Yet when other friends asked us what we were doing we would be evasive, self-conscious, wary of criticism and the odd raised eyebrow. It was only when I had finished the novel that I decided it was time for me to tell people about it. I considered myself a writer at that point. I had completed a work of fiction. I’d written 90,000 plus words. I’d researched the paintings I’d mentioned and the historical context, I’d edited and re-edited, removing unnecessary detail, delighting in the sounds of my sentences.  Though to call myself a writer, that took a little bit longer. It was only when articles and reviews presented me as ‘Kerry Postle, author of The Artist’s Muse‘ that it truly sank in. I had written a novel. I was ready to call myself a writer.

My first novel, The Artist’s Muse,  is historical/literary fiction. I’ve always loved art and art history. I’ve studied it, even taught it. I’m interested in gender politics too. And so, when I went to an Egon Schiele exhibition in Vienna back in 2015, my two loves came together. I knew what I had to write about. 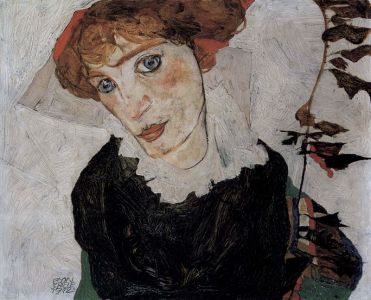 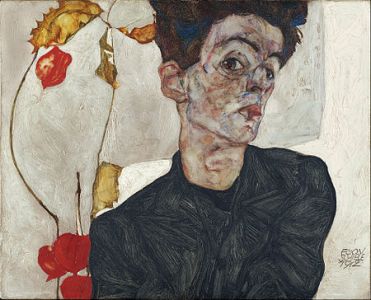 I saw rooms full of paintings of the same model, the wonderful Wally Neuzil, but I could find out very little about her life. She was very evidently key to Schiele’s work, and yet, for such an important figure, she was unsettling absent. And to make matters worse, what little I did manage to dig up about her was presented from a very male perspective. I felt compelled to put this right and to tell her story from her point of view, and that’s what I’ve done. I’ve given her a voice where she presents her life with and influence on Schiele through her eyes. In this way we can understand her actions. She challenges us to judge her if we dare as she is aware that she very often swims perilously close to the limits of acceptability. However, to see how society dismisses her, how it turns a blind eye to the exploitative way that she is treated by powerful men, the reader has no option but to condemn the hypocrisy of those who should know better.  The Artist’s Muse celebrates the glittering art of turn-of-the-century Vienna while never ignoring the decay and corruption at its core.

What made me start writing was the need to celebrate Egon Schiele’s art but also to challenge the right of one person to use another as a possession. I was compelled to breathe life into the artist’s muse and show her to be the inspiration she really was. The work Schiele completed with Wally is his most original. He failed to reach the same artistic heights after he had abandoned her and so The Artist’s Muse is my acknowledgment of the contribution she made to his ‘oeuvre’  and recognition of the sacrifices she had to make. I had to write it.

Wally Neuzil is the main character in The Artist’s Muse. She is Schiele’s muse and her commitment to him enables him to achieve the greatness that he does. Her voice is refreshingly unique. We follow her thought processes and although she has few choices we see, as she shares with us what she thinks, that she knows right from wrong. Exploited, in an abusive relationship, we feel her pain and understand why she does what she does. She has a knowingness about her that recognizes the wrong in what she’s made to do, yet she does it anyway because she must. Her voice is distinct and clear and she often challenges the reader directly, asking if he or she would act any differently. Her aim is to make us think, feel uncomfortable about the blind eye we may sometimes turn to the unpalatable truth before us. Yet underpinning it all is the little voice of a young girl who only ever wanted to live a good and happy life, to love and be loved.

Who is your least favorite character and why?

My least favorite character, yet the one who was the most fun to write, is the repulsive Herr Altmann. He is the most repellent character in the novel. Like a slug, he oozes bodily fluids. I’d been looking at Ursula LeGuin’s book on writing called Steering the Craft where she urges you to have fun with your language and that is what I did when I had Wally go into Herr Altmann’s study. She delivers a drawing to him (it’s of her body) and as he unrolls it the sense of menace builds up. A powerful man who abuses his privileged position, I portray him as a vile and ultimately ridiculous fool.

Egon Schiele is the enfant terrible of the art world – stylish, handsome, louche. A young David Tennant, therefore, would be perfect but as time waits for no man I’m going to have to give the role to a younger model. Possibly Eddie Redmayne. As for Wally, his red-haired model, I would go for Sophie Turner (Sansa Stark in Game of Thrones) or Kate Mara, while the cold Emilie Flöge would be best played by Tilda Swinton or Cate Blanchett. Then there’s Klimt – not too sure who I’d like to play him. Nick Frost? The Artist’s Muse would make a wonderful film!

My next project is a novel set during the Spanish Civil War. It again looks at misogyny, this time when used as a weapon in war. The trigger for the action is a war crime perpetrated by Franco’s Nationalists in a finca near the village of Fuentes de Andalucia. The soldiers, tired after a grueling campaign, kidnap local women. They are forced to cook and dance for the soldiers. Then they are raped, murdered and thrown down a well. The soldiers return to the village, bloodied underwear trailing like flags from the tips of their rifles.

Research is key. It helps add authenticity to your work. When researching The Artist’s Muse two texts became central to the novel. The first was Otto Weiniger’s Sex and Character published in 1903 which is a pseudo-scientific attempt at illustrating the differences between men and women. It’s a work of unparalleled misogyny, so full of odious opinions that I found it hard to choose just one quotation to sum it up. However, the one for which I’ve opted should give you a flavor: ‘Woman,’ Weininger writes, ‘is soulless and possesses neither ego nor individuality, personality nor freedom, character nor will.’ The other text is by an Austrian feminist called Adelheid Popp. It’s called The Autobiography of a Working Woman and it shows the hardships poor working class women had to endure at the beginning of the 20th century in Vienna. I used much of the detail presented in this book to fill in the gaps and add authenticity to Wally Neuzil’s early life.

How successful has your quest for reviews been so far?

I’ve got quite a few in the UK but have struggled to get many in the USA, which is a shame, as I believe the US readership would love my story. I haven’t tried very hard to get more but that’s because I don’t know how to. Part of me hopes that the book will speak for itself, but I realize that readers need to know about it before that can happen.

Who is your favorite fictional character and why?

This changes constantly and depends on which book I’ve read recently. At this point in time, my favorite is Tabitha in Francis Spufford’s On Golden Hill. She’s really very intriguing. Nasty? Quite possibly. Prickly? Of course. But there’s something quite desperate about her that makes my heartbreak. Her own worst enemy.

Who are the writers that have influenced your work?

I studied French literature from the 11th through early 20th century as an undergraduate and specialized in 17th-century French drama and Proust’s A la Recherche du Temps Perdu for my Masters. My studies have given me an appreciation of well-written literature irrespective of genre and context. However, when I’m writing I immerse myself in books that do well whatever it is I’m aiming to achieve at that time.  If pushed I would have to say that Proust is my turn-to author when I need general inspiration. He combines great insight with a sharp wit that spares no one, least of all himself – a valuable attribute in a writer. The writing of Richard Flanagan (Gould’s Book of Fish/ The Narrow Road to the Deep North) is also a favorite, but in truth, there are so many great books out there. 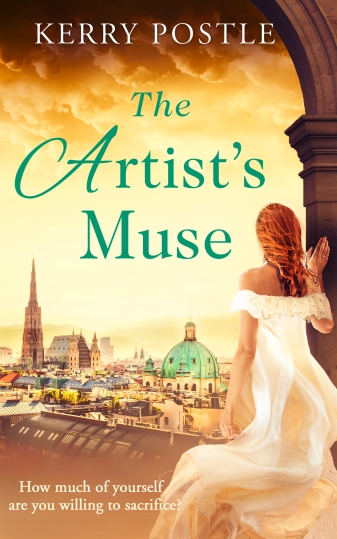 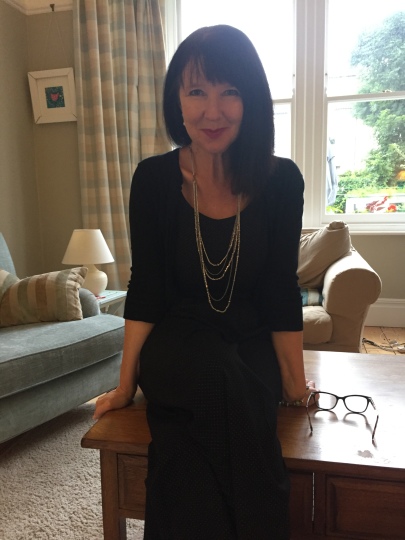 How can you discover more about Kerry Postle?