Quantum mechanics defies common sense—so much so that Einstein never really accepted it. But as experiments today, from entanglement to quantum teleportation, demonstrate, quantum mechanics does describe the universe at fundamental scales.

That’s why science fiction—though it can inspire human imagination, as Stephen Hawking said in the preface of my book The Physics of Star Trek—is fundamentally limited. It is based on human imagination and past experience. That is a great thing. But it doesn’t mean the science-fiction future will resemble our own.

But in some ways, it feels like trans literature hasn’t budged out of its coming-of-age bubble. Coming out stories still flood online bookstores, with both fiction and non-fiction writers fascinated by gender transitioning and not much else. Where’s the interest in deeper, richer, or more interesting stories beyond transitioning itself?

Is Climate-Themed Fiction All Too Real? We Asked the Experts (New York Times) 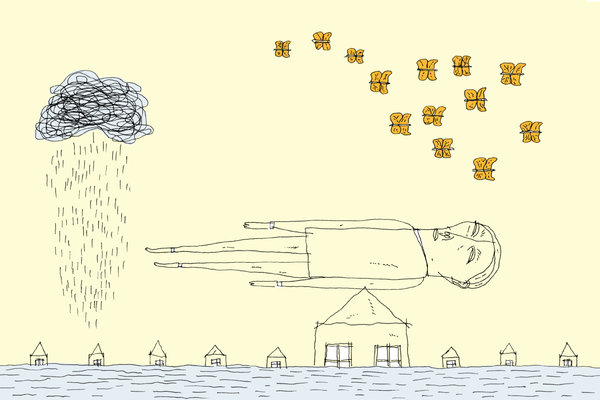 Climate change presents a peculiar challenge to novelists; it often seems to simmer without a singular moment of crisis. So fiction writers like Mr. Bacigalupi hurtle current science into drought-ravaged, flooded, starved, sunken and sandy futures. Climate-themed fiction, like most science fiction, is extension, not invention.

The genre’s qualities therefore make it a suitable outlet for Hong Kong’s frustrated social movements in the wake of the anticlimactic “umbrella movement” and the city’s lack of progress in addressing a range of issues.

This is what inspired Hong Kong artist Angela Su to compile Dark Fluid, a science fiction book that brings together short stories, transcripts of discussions and artworks by local contributors involved in grass roots community projects promoting alternative visions for the city.

According to Variety, Wattpad has recently partnered with entertainment distribution company Entertainment One to develop “original TV, feature film and virtual-reality projects” based on its fan-generated content. Entertainment One distributes The Walking Dead and manages musicians like The Lumineers.