you did not choose for me to be your muse,

but neither did i choose to fall in love with a rogue;

it just happened without my permission

it opens us up to our vulnerabilities and pours out our

you stole pieces of me that i will never get back

killed me to who i was,

or the bitter taste of pomegranates you pressed not only

against my tongue but my very soul;

you only sought to have power

to put me on a pedestal, chains, and gilded cages

you were too proud to love

i tried to break through your winter,

but you refused to allow me admittance and instead kept

your distance instead of your hold on my heart or

letting me fade like sea foam to the sea

but i will always remember you

they say that’s the curse of your first true love

but the joke was on me

you were anything but true. 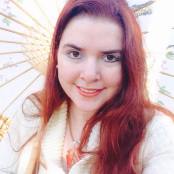 Linda M. Crate is a Pennsylvanian native born in Pittsburgh yet raised in the rural town of Conneautville. Her poetry, short stories, articles, and reviews have been published in a myriad of magazines both online and in print. She has three published chapbooks A Mermaid Crashing Into Dawn (Fowlpox Press – June 2013), Less Than A Man (The Camel Saloon – January 2014), and If Tomorrow Never Comes (Scars Publications, August 2016). Her fantasy novel Blood & Magic was published in March 2015. The second novel of this series Dragons & Magic was published in October 2015. The third of the seven book series Centaurs & Magic was published November 2016. Her novels Corvids & Magic and Phoenix Tears are forthcoming.

Want to learn more about her?