I started writing compulsively when I was in the 8th grade, about 14 years old. I had an English class in which writing regular short stories was part of the curriculum…only my stories were thirty, forty, fifty pages long. I just got hooked and have never really stopped.

Well, I’ve written plays, screenplays, stand-up comedy material, greeting card sentiments, dialogue for computer games. Currently, I’m writing (Grimdark) fantasy, but who knows what tomorrow has in store? I may try horror or steampunk. But as to why I’m writing fantasy, I think it was one of the first genres I read, and the one I have perhaps read the most; I’m just really comfortable there.

I’ve been (and am still) a professional actor, though nowadays I’m mostly relegated to commercials. I’ve been a comedian. I’ve even been an opera singer. And, for the past 26 years, I’ve been a middle school teacher. Yes, I’m a masochist.

Do you have a special time to write, or how is your day structured to accommodate your writing?

I prefer to write in the evenings, after dinner. But I can make it work anytime. I try to shoot for about 500 words a day, which, after a year, makes for a fairly massive novel – plenty of room for edits!

How do you think you’ve evolved creatively?

This is a great question. For so many years, the stage was my dream and my life. But my wife and I wanted to buy a house and start a family, so I needed a little more job security. Thus, I started teaching. But I got to direct countless high school and middle school plays and musicals, and that satisfied my creative needs…for a while. I did stand-up for nine years, got tired of driving, deep-fried foods and cheap beer and started exploring my writing a bit more. What I love about the theater is that it’s so collaborative. What I love about writing is…it doesn’t have to be.

I was listening to a podcast with Lois Lowry several years ago, and she talked about Plotters and Pantsers. Plotters, she said, schemed, planned and diagramed every part of their plots. Pantsers, on the other hand, worked more instinctively and followed their muses wherever they led. I would say I’m more of a Pantser, although I usually know how my stories begin, how they end, and a few of the high or lowlights in between. But I’m very much enamored with organic developments.

What are some ways in which you promote your work?

I’ve rolled every penny I’ve ever made on my books back into advertising. I’ve tried ads on all the obvious websites, I’ve made appearances at local fantasy conventions, I’ve done giveaways, prizes, and bumper stickers. I took a page out of George R. R. Martin’s book and auctioned off the death of the highest bidder in my next book. I’ve read from my books at book fairs and street fairs.

I would not object to being picked up by Tor, for example (hint, hint…), but I’ll do it on my own if necessary. It’s a bit like teaching yourself to play an instrument when you can’t even read music, but it can be done. I hope.

Never hold your car keys in your mouth when standing at a urinal. Never store fireworks in the oven, because “that’s the last place Jr. will look for them.” Never drink red wine while wearing white pants. Never try the “discount” meat. Never buy Sushi from a gas station. Never try roller-skating on a frozen lake. Never try pogo-sticking in the vicinity of a low-hanging hornet’s nest. “Can you watch my kids for a minute?” is a trap. “Do you have anything to declare?” is not the time to try out your drag queen impression.

Oh, you mean about writing? Nothing. Zilch.

I am currently working on the fifth and final book of the Immortal Treachery series. This book answers all of the series’ outstanding questions and brings the overall story to a shattering conclusion.

I wanted to write an unlikeable but compelling protagonist. In Richard II, Shakespeare writes, “They love not poison that do poison need.” I think of my main character, Tarmun Vykers, in this same way. He’s an absolutely necessary evil, to keep worse at bay. At the same time, he’s shrouded in mysteries that even he does not understand.

I have a magician, call him, by the name of Spirk who’s the butt of every joke and, in his shameless naiveté, can be rather endearing.

This has been the subject of much conversation amongst my readers, and I am torn. I can see older actors like Jason Statham or Vin Diesel in the role, but I can also see younger, newer faces like Charlie Hunnam, Travis Fimmel and Jason Momoa playing Vykers.

While I do some light, instance-specific research, I am writing, in many ways, about things I’ve spent my life studying – medieval weaponry, castles, living conditions, etc. If a topic comes up that I know nothing about, of course I have to look it up, do some reading.

If you had to choose, which writer would you consider a mentor?

Steven King. As a kid, I was addicted to his stuff. Then I kind of lost interest and drifted away from him, but he has won me back a thousand times over since then. I like his world-view, his writing routines, his stories, his generosity of spirit. He just seems like a great guy.

What do you do to get book reviews?

I threaten to strip if they DON’T write me reviews.

How successful has your quest for reviews been so far?

Is there really answer to that? Some folks go to extreme lengths to get reviews – some even unethically, I’ve been told – but I merely grovel. It’s a slow but effective process. Over millennia.

Who is your favorite fictional character and why?

What one person from history would you like to meet and why?

I’m afraid I’m gonna have to bore you here and say Shakespeare. I have, often against my better judgement, been dragged into the Authorship Debate on numerous occasions. I’m a firm Stratfordian, and meeting him would clear up the debate. Also, I’d love to hear his accent and learn his writing routine.

What do you like to read in your free time?

I read a lot of Michael Connelly, Steven King, Joe Abercrombie, Steven Erikson, etc. Currently, I’m reading The Indifferent Stars Above by Daniel James Brown, about the Donner party. Maybe the best book about life on the Oregon/Californian trails I’ve ever read.

If there was one thing you could do to change the world, what would it be?

Who or what inspires your writing?

Who are some of your favorite authors that you feel were influential in your work?

What is one great lesson you have learned as a writer?

Be yourself. Tell your story. That’s what people want to read.

If you couldn’t be an author, what would your ideal career be?

I’d like to be an exotic belly dancer on a tour bus in Machu Picchu. Or a Walmart welcomer.

I have the most beautiful eyes. In a jar. In my closet. 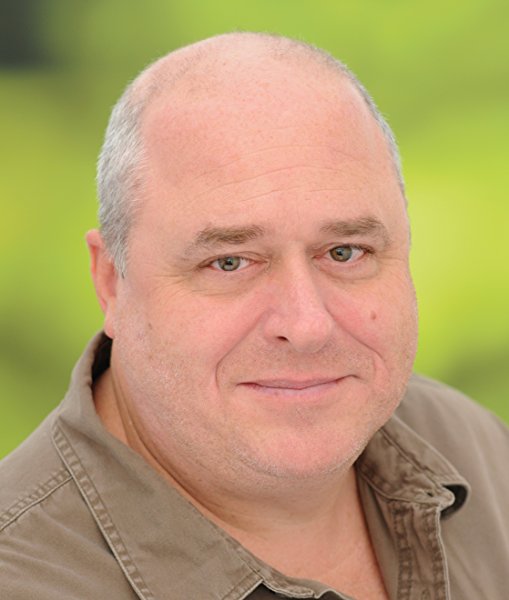 How can you discover more about Allan and his work?