I’ve always dabbled with writing and it was always of interest to me, but I pursued other things in college and got started in another field of work so I wasn’t really making it a priority. About six years ago, I was newly married and getting established as a grown-up out of college and all that and I realized that even though I was happy with my life, I was never going to feel entirely fulfilled if I kept ignoring this call to write. I mean, I have journals from when I was a little kid talking about how I wanted to be an author when I grew up; it’s just always been in me. So I self-published my first book four years ago and have been focusing more and more on my writing since then. I originally thought it’d be a hobby that I kept up on the side but it is really something I want to have some success with and I can’t imagine going through life not doing all I could to get these ideas down on paper.

What is the biggest thing that people THINK they know about your subject/genre that isn’t so?

I am actually pretty committed to not staying in one genre because my interests are just far too vast and I’ve got so many different areas I want to explore, but my latest book has a lot of sci-fi elements. I’ve always been pretty open to science fiction but I think some people write it off as silly or if not silly, then maybe just a little too weird and out there. Not for them. I put a lot of effort into making sure my latest book was very much grounded in reality and that there would be a lot for readers to connect with regardless of how they feel about science fiction. The sci-fi elements do help fuel the story but they aren’t the main point of the book.

I’m a part-time writer, although I do spend several hours most days in front of a laptop working on whatever’s next. I am pretty fortunate to be working nights with a flexible schedule that gives me a lot of time to pursue my own interests. I actually love my day job (or night job, in my case) so I don’t necessarily have a strong desire to become a full-time writer but of course there are some times where I wish I had the freedom to keep going when I’m on a roll and didn’t have to plan my writing around other obligations.

How do you think you’ve evolved creatively?

My latest book, The Day I Disappeared, is my fourth self-published novel and I think it’s definitely my best. I’m always my own worst critic but I’ve learned that you’ve got to have confidence in your story, to commit to it fully and believe in your vision. So I’m really happy with how this has turned out and I think through the past several years, spending so much on writing and reading a lot in my free time, I’ve gotten a better grasp on how to communicate in a way that’s more compelling and engaging. From simple things like expanding my vocabulary to learned techniques of building worlds and developing characters, I think I’ve gotten stronger in all of the important areas that come into play when writing a story. I also very much want to write books with something to say, but I don’t want to be preachy or overwrought in the process and I think I’ve found a good balance that allows the story to come first, the characters to stand on their own and ultimately, with whatever I’m trying to say, the book will speak for itself. I think there are parts of my earlier books that really work and I’m proud of how they’ve turned out, but there’s just been a natural maturation that I’m excited to see come to fruition.

I would love to just let an idea guide me but that has caused some real problems in the past. So, I definitely work with an outline now but through some trial and error, I’ve gained a pretty good understanding of how detailed that outline should be. It provides the bones of the story and even some details beyond that, but there’s enough breathing room that as certain revelations occur throughout the process, I can kind of follow the story to places I may not have originally planned.

I’ll be honest, I am just not someone who has a great mind for marketing so while I think the idea of indie publishing and kind of building a name for yourself is great but I’d be lying if I didn’t say I’d prefer to go the more conventional route. That being said, I count myself to be very fortunate to be pursuing writing at a time where there are so many opportunities to get your writing out there in unconventional ways. I may not be conventionally published yet but I’ve still been able to connect with readers and hear from people who enjoyed my work that would have never heard of me or my books otherwise.

The Day I Disappeared is about a guy who wakes up one day and everything in his life has changed, quite literally. He has memories of a loving wife and football star son, a successful career and even a status as a small town hero. When he wakes up, though, he’s being held in the drunk tank for public intoxication, he’s being called by a different name, going home to a different family and being welcomed by a far less appealing set of circumstances. Eventually, he comes clean with his “wife” and tries to figure out what’s going on and she just assumes he’s faking amnesia, asking him, “Are you going to try to blame this on the aliens again?” Apparently, Grant (as he’s being called now), was acting strangely before all of this, claiming to be an alien abductee and meeting with a couple friends who shared the same experience. This book deals with him trying to decide if he should accept that this is reality and try to fix things with this new family or find a way back home to the family and life he remembers. Are his memory problems really the work of aliens?

What was the hardest thing about writing your latest book?

Obviously, the plot is a little out there, but like I’ve said, I didn’t want this to be a science fiction story that’s inaccessible to people who don’t like sci-fi. Ultimately, it’s rooted in this idea that we find our identity in the things and people around us so when something devastating happens, like a death in the family or losing one’s job, we can feel pretty lost. That’s a pretty universal idea, only amplified here and turned on its head a bit, but I think anyone that’s experienced a life-altering event will find much to relate to. But the challenging part was finding that balance and never going too far one way or the other. Grant is also a complicated character with his own set of issues that becomes clear as the story progresses and it was important for me to show those things very honestly, even when they’re ugly, while still making Grant someone that you don’t mind spending a few hundred pages with. That was really tough and readers will have to tell me if I pulled it off but as I’ve right now, I feel pretty good about it.

Like I said, I don’t really want to stay in a single genre so my next book is very different than this one. It’s already well underway. It’s called Overcome Evil and it takes place in Richmond, Virginia where tensions start to flare after a violent incident stirs up racial conflict. I’m in an interracial marriage and when we first began dating in high school, my eyes were kind of opened to a level of racism I didn’t realize still existed. I had just been ignorant of it growing up. Through friendships and more experiences, I feel I’ve grown more enlightened and am frustrated to see so little empathy in our culture. I’m also disheartened by how quickly people forget or whitewash history, even fairly recent history in a lot of cases. So, Overcome Evil will really be dealing with a lot of those things head-on. This has been a story on my heart for a while but I had to get to a place where, as I mentioned before, the story was so strong that it wouldn’t feel like a sermon. I’ve worked hard on this and as a result, I really love these characters (and hate a few of them) and believe that they really will resonate with readers. There’s a lot of heavy subject matter but I only started writing this when I felt I had really cracked it and found a way to delve into these things while also providing a really gripping story and memorable characters that readers will be happy to spend time with. 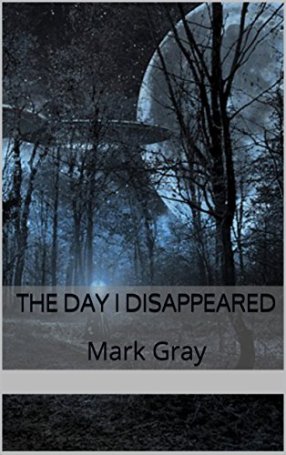 Want to connect with Mark?