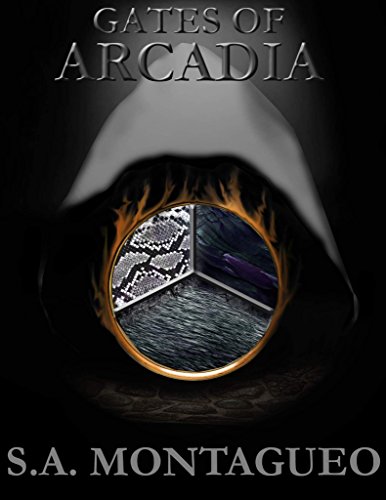 Selian Corvus, an eighteen-year-old reluctantly living in a society built to destroy him, his hope, and all who combine their mental, physical, and spiritual energies to reshape the world around them.

His morals are put to the test when one bad decision leads to the capture of his younger sister, Tahlia, the last thing remaining dear to him. As remnants of the Corvus Bloodline, a family forgotten as former Arcadian rulers and masters of transcending memories, their lineage dangles on a thin line between two different minds. Selian must walk a path of calamity, discovering the truth behind his mother’s corpse, history of Arcadia, and the location of his sister, while bending from a warrior of virtue, to a dauntless antihero. In the world of Arcadia, begins a journey inside the Umbra Gate, one of the six unique and stellar regions of the planet and home to the Cyber Circus. This dystopian novel features a heart-pounding story filled with absolution, deception, and romance.

Picture a person with black, curly hair, brown eyes, brown skin and a great imagination. That’s Solomeen Montagueo. Solomeen was born and raised on the south side of Chicago, Illinois. He started out as a kid that could never draw anime and became a guy who loves storytelling. Now he’s looking to share his first novel, Gates of Arcadia, with the world.