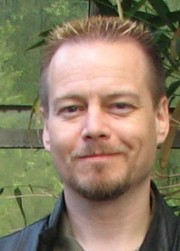 I remember trying to write at a young age when my mother bought a typewriter. I folded the paper in half and placed it in sideways so I could make my story look like a real book. Aside from the title, I don’t recall much about it now. After that, I wrote short stories – mainly for school. Over the years, I made a few half-hearted attempts at writing something lengthy, the longest of which being a horror story that I may go back to, but I began in earnest in May of 2015.

The reasons for starting then was my self-inflicted expulsion from the menial job I had spent the last ten years of my life in. A revelationary conversation with a friend had revealed to me that the ‘retirement fund’ that had accrued during my employment was actually available the moment I left the company. Now that I could actually afford to try, try I would.

What is the biggest thing that people THINK they know about your genre that isn’t so?

Many people like to think of science fiction as fighting a three-headed dragon on Mars, or star battles in the remotes of space – this is not necessarily so. Merriam-Webster defines it as “stories about how people and societies are affected by imaginary scientific developments in the future”. Based on that description, a ‘science fiction’ story could be next weeks invention of a stay-dry towel and its effect on the world – hardly a bombastic concept.

I am currently a full-time writer, and I couldn’t imagine being able to do it any other way. To truly get into the world I am trying to create, I need to limit distractions. Having a full day of painful interactions with self-centered egotists, looking for an endorphin rush through your grated nerves, makes for a long evening of ‘just get out of my head’. There is little room for much beyond relieving stress and steeling yourself for tomorrow’s bombardment.

Do you have a special time to write, or how is your day structured to accommodate your writing?

I write at random times, usually after a long walk or a sudden, early-morning epiphany. If much of the day has passed, and I have yet to write a word, I tend to get antsy – and cranky. I have to sit down and hammer out something or my day feels wasted.

Many writers create their characters with extensive biographies and long backgrounds. They will then meticulously create their story from a-z in point form, knowing when and where everything will happen. I sometimes envy those people, for I am not one.

I have a direction I want to go, I have an internal navigation device that tells me if I am pointing towards the objective. Beyond that, I am all over the landscape, investigating every bump and groove along the way. It’s a discovery process for my characters and their interactions with the world around them. I know that this person will go here, but how they get there, and what they are thinking and doing, is a complete mystery to me until I write it.

Independent publishing has been around as long as traditional publishing, longer actually, the difference is the venues and distribution methods available today. With professional formats and outlets now being readily available outside of traditional publication houses, the only thing they hold over the independent method is the stigma of prestige. As time marches on, the proponents of these old concepts will disappear and traditional publishers will be relegated to curators – a brand name for a product.

Don’t let others tell you what to do, but never ignore what they say. Gold can be mined from the most well-used places, never assume you’ve heard it all before.

Don’t think you will make money, don’t think that you’re different, I’m wrong, and that you’ll make money. Unless you have lucked into a niche market at exactly the right time, you won’t make money!

Still here? Good! Now, you can make money, but it will take time, and be an uphill battle. One that you will have to fight every day, ‘till death due you part. You have to be your best marketer, have to always be pushing your product on the public. Authorship is not about writing, it’s about getting people to read. Your job does not end with the book, it begins with the end.

Yes, and I will share that here – Plan now. It’s something I heard, and something I ignored – don’t. You will need reviews on release day, you will want to have your venues opened and ready. Make those accounts now, confirm with those readers that they will read your book, will review it when they are finished. Get your marketing ready. Don’t have any? Get some, you have to have it. No one will promote your book for you, people will not flock naturally because you are you. Have a great story? Fantastic! No one will care, though, because no one knows about it. Don’t assume your friends will support you, you will need to sell them, sometimes especially them, on your book. Many people will assume you are rolling in the cash because you’re an author – tell them otherwise.

Did I mention plan?

I will continue on with part two of the Ashrealm series. The story I have envisioned is a long arc, far more than any sensible person would read or pick up as a single book. The story for my second act is mostly in place, some character planning is yet required, some fine motivational direction is needed, but I will be striking the iron in earnest soon. With the first book completed, I feel the second will come much easier without the nagging self-doubt at my heels. My personal demons will likely return to play, but my efficiency in dealing with them has grown stronger after my inaugural step. I hope to complete the second in a third less the time. 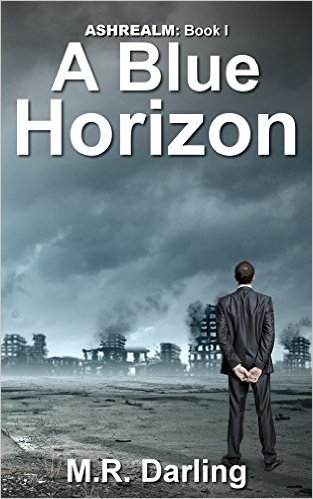