Jessica Hernandez, author of Capering on Glass Bridges, sat down recently to discuss her novel and writing process.

What have you written so far?
In August of 2015, I released my debut novel—a fantasy-adventure book entitled Capering on Glass Bridges. The storyline is probably best summed up by the blurb, so I’ll go ahead and insert that here: “The Utdrendans have spoken, and everything has changed as a consequence. People normally avoid the fog surrounding the cursed Kingdom of Mar, but now they are asking sixteen-year-old Kaia Stone to venture into it. The Utdrendans implied that there is something special about Kaia. They claimed that she could help free the land; she need only carry out their instructions and deliver a message to the Marian king. Mar, however, is a land in which dark secrets abound, and many will stop at nothing to ensure that it remains forever cursed. Determined to work against Kaia, unfriendly forces have already begun to gather. Will Kaia choose to abandon the only life she’s ever known—perhaps indefinitely—in pursuit of the greater good…in pursuit of her purpose?”

I like to outline. In my opinion, the outline has a function akin to that of a compass; it helps one better understand the different directions in which a story can be taken. My outlines, however, are rather skeletal. That is, I make sure to leave sufficient room so as to allow certain aspects of the plot to evolve as the story progresses.Did you make any marketing mistakes that you would avoid in the future?
With Capering on Glass Bridges, my marketing efforts succeeded my novel’s release. Time made it abundantly clear that I would have been installed in a far better position had my marketing efforts preceded the release. For instance, had I been featured on blogs, circulated my trailer, and secured reviews ahead of the official publication date forCapering on Glass Bridges, I would have been able to create an atmosphere of expectation; anticipation breeds excitement, and excitement helps authors gain readers.

What advice would you give to aspiring authors?
1.     Keep writing. Practice makes for improvement.
2.     Read—a lot. Learn from other authors. Study how they construct their stories, how they control and manipulate pacing, and how they structure their sentences. This will help you in your own writing.

What made you decide to sit down and actually start writing this book?
Capering on Glass Bridges was born from an idea that I had while in high school. Over the succeeding years, I developed this idea considerably, and I often spoke with my mother about the fantastical world that I sheltered in my mind. It was she who encouraged me to write about it. As the end of my final semester in college approached, I made the decision to do as she suggested; I told myself that, upon graduation, I would finally pen the novel that had been floating about in my head for ages.

What is your next project?
I am currently working on the sequel to Capering on Glass Bridges. I anticipate that it will be released later this year. I don’t want to give too much away, but I can tell you that this second novel explores what happens in the Kingdom of Mar after the truth regarding the curse is revealed. It also looks at how Kaia Stone is affected by the rather shocking information that she learns at the conclusion of Capering on Glass Bridges.

If you had to choose, which writer would you consider a mentor?
C.S. Lewis. Lewis’ prose is exceptionally colorful. His writing style is such that readers can visualize the events unfolding in the narrative without any difficulty. I can still recall flipping through the pages of The Magician’s Nephewwhen I was younger and being in awe. The world that Lewis had created was so rich and so detailed that it felt extremely real to me; it felt organic. As a writer, I actively strive to emulate this effect. I want my readers to feel as though they’ve been transported to Acu—the fictional realm in which Capering on Glass Bridges is set. I want them to feel immersed in this world.

What do you like to read in your free time?
When it comes to fiction versus non-fiction, I tend to favor the former. I enjoy reading the classics—I am particularly fond of Austen’s work. I also like horror and fantasy; in this vein, Ransom Riggs’ Miss Peregrine’s Home for Peculiar Children comes to mind. 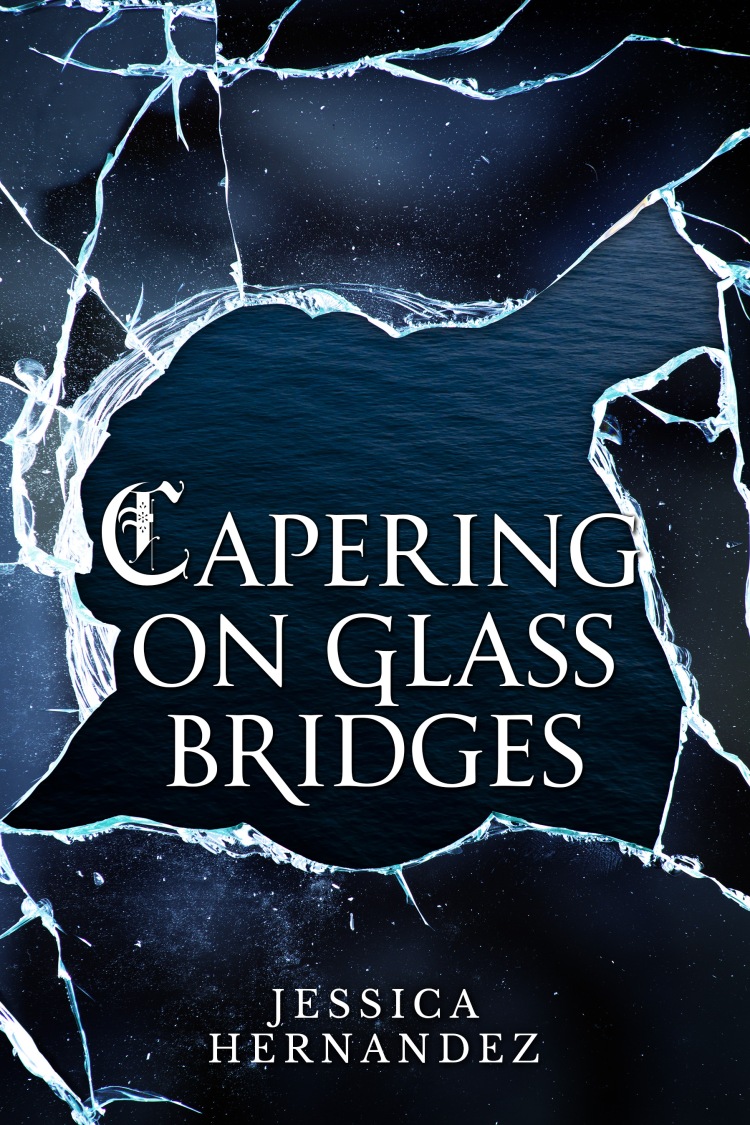 How can readers discover more about Jessica and her work?

WAKING WRITER claims no credit for any images posted on this site unless otherwise noted. Images on this site are copyright to their respective owners. If there is an image appearing on this site that belongs to you and you do not wish for it to appear on the site, please send an email with a link to said image and it will be removed promptly.
Press Enter To Begin Your Search
×
Loading Comments...
Comment
×
%d bloggers like this: