When did you first consider yourself a writer?

I didn’t consider myself a writer until I published my first book, but that is truly just a personal feeling.  Holding a physical book in my hand with my name on it made it seem real.  There is nothing like it.

I’ve always loved Vampires!  I enjoy the books, the movies, and tv shows.  I never thought any of these really delved into the origin of vampires.  So I came up with an idea I believe is original, and it all went from there.

I have done many things over the course of the years.  I bagged groceries and cashiered, I was a hostess, waitress and restaurant manager, I worked in retail, and for the school system.  My favorite job has been being a mother to three great kids, followed closely by writing.

Go for it!  There are no limits on imagination.  Write, write and write some more.  I started half a dozen novels before I finished one that I really liked.  Don’t be afraid of criticism.  Not everyone will like your story, and that’s okay.  Everyone has different tastes.  But listen to people’s opinions.  See if there is anything to them.  If writing is your passion, go for it.  You never know what could happen.

Sunwalker, is a vampire novel, with romance, suspense, action, and intrigue.   It follows the life of Lilly, a vampire with human parents.  Some humans carry a gene that in rare instances results in the birth of a Sunwalker, a vampire that can walk in the daylight.  These vampires are stronger and faster than those who have just been created.  The world Lilly lives in is dangerous.  Her kind is seen as monsters, and hunted down and executed.  Lilly lives life as a human, hiding her true identity from those around her.  One day she finally meets another of her kind, and it really shakes up her world.  She has to decide which world she belongs in, or if there is a way to coexist in both.

Adam is my favorite character.  He is Lilly’s uncle.  He makes a mistake early on, but corrects it and never looks back.  I don’t want to give too much away.  He has strong moral characteristics and is just easy to like.  He always tries to do the right thing.

My next project is due to come out in December of 2017.  It is an action/suspense novel entitled, Charlie Tanner and the Piranha.  It follows an FBI agent after the attacks of September 11th.  Followed by Nightwalker, the sequel to Sunwalker, in Spring of 2018.

What do you like to read in your free time?

I like series.  I really enjoy getting to know the characters.  If I get hooked when I start a book, I don’t want it to end.  Recently I have enjoyed Fablehaven, The Beyonders and the Five Kingdom series all by Brandon Mull.

What is one great lesson you have learned as a writer?

Get fantastic beta readers.  It’s not as simple as it seems, but it is by far the best thing you can do.  Beta readers scour the pages of a manuscript, with the sole purpose of finding its faults.  I want all my flaws found before publication but I found finding people to read it who will actually say, “Hey this part sucks.  Or this is the lamest dialog I’ve ever read,” is harder to come by than you might think.  Beta readers make books great.  I have found a couple phenomenal ones, and I hope they don’t get tired of reading my stuff. 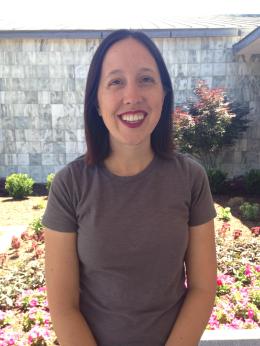 Want to learn more about S.T. Sanchez and her work?