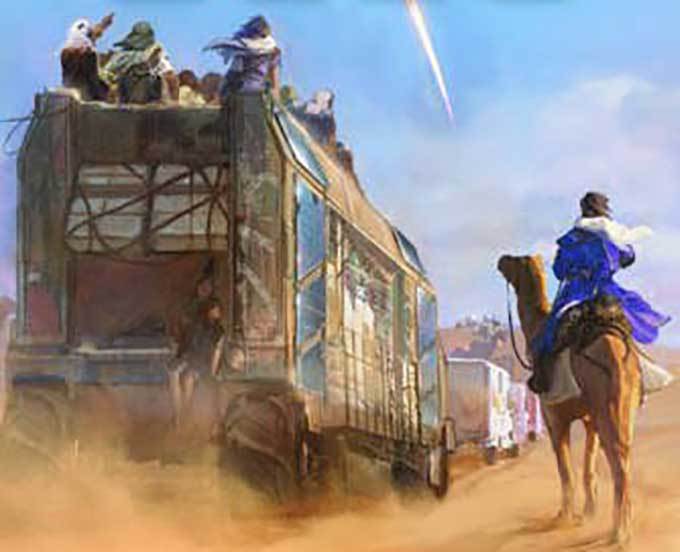 Climate change is happening now, and we need a literature of now to address its issues. As glaciers melt, corals bleach, typhoons kill and forest fires rage, a new genre called climate fiction has emerged from science fiction to stand out on its own. Climate fiction focuses on anthropogenic climate change rather than natural unstoppable ecological catastrophes, such as supervolcanos, solar flares or large, Earth impacting meteorites. And most importantly, climate fiction uses real scientific data to translate climate change from the abstract to the cultural, enabling readers to vicariously experience threats and effects they might be expected to encounter across their own lifetimes.

In praise of slow publishing (The Bookseller)

After all, one of the great attractions of digital self-publishing is how quickly it allows authors to, as marketing guru Seth Godin puts it, “ship”. Forget tortuous rounds of edits, inter-departmental meetings, multi-person sign-offs and complex publication schedules: get a first draft down during NaNoWriMo, do a quick polish, press the publish button, and move onto the next. It’s author/publisher as tech entrepreneur: build a MVP (minimal viable product), launch it fast, and keep improving as you grow.

Comma Press has previously published translation by writers from the Middle East, including Independent Foreign Fiction Prize winner Hassan Blasim, an Iraqi national recently published in the US by Penguin. The ban will also affect over 20 other Comma authors, including contributors to anthologies such as The Book of Khartoum and Iraq + 100.

Is My Novel Offensive? (Slate)

Albertalli felt crushed that her book had alienated members of the exact community she had hoped to reach. When she began to craft her second novel, The Upside of Unrequited,about twin sisters navigating the shoals of high school romance, she was determined not to make the same mistake. And so before her manuscript went to print, she reached out to a group of “sensitivity readers.” These advising angels—part fact-checkers, part cultural ambassadors—are new additions to the book publishing ecosystem. Either hired by individual authors or by publishing houses, sensitivity readers are members of a minority group tasked specifically with examining manuscripts for hurtful, inaccurate, or inappropriate depictions of that group.

Will This App Turn More Readers On to Serialized Fiction? (Smithsonian)

Radish, an iOS and Android app for reading episodic fiction, wants to bring the same Dickensian experience to the mobile generation. After a soft launch in February 2016, the Los Angeles-based startup has released its platform to the public this month with hundreds of titles across fiction genres including mystery, paranormal and romance.